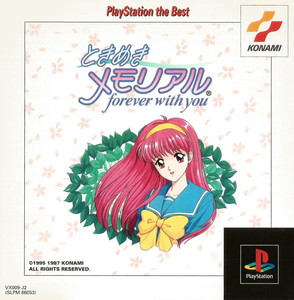 The obvious thing to get out of the way. Tokimeki Memorial is not the creator but the defining game of the Dating Sim genre. If you're here, there's a strong chance you already know a fair bit about it, and so we're not really telling you anything by including this. This was only the obligatory mention. However at the time of writing the most notable wrinkle when recommending this game is language.

You can presently find a fan translation for the SNES version of Tokimeki. It is considered an enjoyable but inferior product. See Tokimemo Version Comparison for more information on version differences.

There are active efforts on translating other versions of the game, such as a known effort on the Sega Saturn version. I have seen a few highly experienced PSX romhackers give up on that version, so I think that one will only happen with someone both very talented and very dedicated. My personal take is that for those that want to hold out, future fan TL's are more likely than not. --DistractedMOSFET

It's a tragedy that this game has not been, and may never be, translated into English. It takes the storytelling potential of Tokimeki Memorial's sort-of-scripted-but-sort-of-emergent structure and just runs and runs and runs with it. --xct

[TODO: These each have fan translations, ideally someone who has played them would write some thoughts here, maybe a suggestion of the best one?] 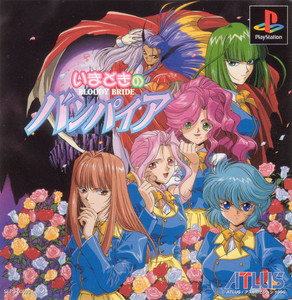 Imadoki no Vampire is an Atlus-published PSX dating sim in which you play a vampire who has found themselves in a fish-out-of-water situation, in which they have to try to socialize with girls in human society, something they really know nothing about. That borrows heavily from the Tokimemo format of gameplay, but also features it's own twists such as day events and night events, and turn-based combat encounters with demons. It is more linear than Tokimemo, and isn't stuffed to the brim with content like it is either which can lead to some repetitiveness. See article

[TODO Obvious caveat that it currently is JP-only]